a short story about good and evil

You know what they say about people who want things done right, they take care of their own business.  It was a brisk morning in March around a quarter to seven when Baxter began his decent from heaven.  The sun was rising up slowly in the astrological sign of Pisces, and the skies were all clear with the exception of this dark grey and black cloud hovering over Peters Town.  It was a heavy looking cloud-real thick and the lightening blots shooting through it touched down.

God was actually coming down.  Thunder cracked and the cloud rained marble sized 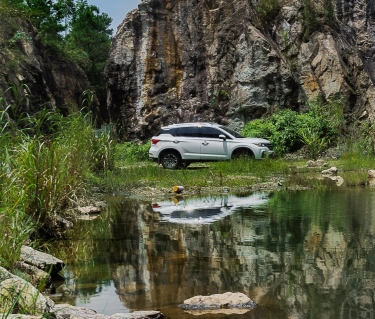 hail upon the quiet Town.  Glass was shattering, small fires broke out, and not a single soul was in site.  Time on Earth stood still, but the heavens rumbled.  Neptune held his position at five degrees in Sagittarius, where it bordered Scorpio for quite some time now in the Ninth House of long distance travel.  Virgo and Libra shared the Seventh House of partnerships with Scorpio.  It was a perfect alignment.

Maureen glanced at the mantle above the fireplace after hanging up with Gary.  The Scale was still there, but Gary didn’t say anything about it.  He didn’t want her to panic.  The last thing he needed was Maureen grabbing it and leaving the house.

Gary, in his white government issued sports utility vehicle was now exiting the freeway onto a local road in Peters Town.  The sky was dark, and hail was blasting his truck.

“What the fuck is this,” Gary yelled out as he turned on his headlights and windshield wipers.

It was pouring rain, but Gary sped on-his forearms flexing as he gripped the steering wheel.  He took his sunglasses off and placed them in the center console.  Gary wasn’t very large in size, but he was smart and he didn’t fear shit.   He drove relentlessly through rain, hail, and fire and eventually he reached the road that led to his house.  Not even God’s wrath could stop Gary from getting back home.  He pulled up to his private residence and jammed on the breaks as he put the truck in park.

The front door was open.

Without hesitation Gary ran through the front door and down the long hallway leading to his living room.  There was a man standing there holding the Scale.

“Put it down fucker,” Gary demanded.

“It’s Baxter.”  Baxter turned around slowly to face Gary.  He was holding the Scale in his hand.

Gary started to walk towards Baxter.

“Put it down,” demanded Gary once again.

“If I put it down then I’ll have two hands to fuck you up with,” Baxter wasn’t laughing anymore.  He did as Gary request and both men began circling each other.

“You’re a smart man Gary, I know you better than you think, but you’re slow.  You had an opportunity to be on the right side, but you chose law,” as Baxter finished his sentence he was struck with a right and left hook.  He shook it off.

“I did what I had to do.  I wanted a future, and as fucked up as this world is, I wanted a family.  I wanted a normal life,” Gary was furious.  He threw another punch at Baxter but missed.  Baxter punched him right between the eyes, and both men continued to circle one another.

“You’ve spent the last twenty years playing catch-up, and now that you have, I’m done playing with you.  You’ll always be behind,” Baxter stopped circling.

He noticed that Gary was finally waking up to his new reality.  A spark of awareness lit up in Gary’s eyes and a look of resentment washed over his face.  It was a monumental moment for Gary, but the timing was bad.  In his submission to God he fell to his knees, and eventually he was floored by a force so powerful he couldn’t even speak.  As Gary rolled over and struggled to get back to his feet, Baxter walked off with the Scale.

I'm an aspiring teacher, and a writer at heart. I love football, my family, Atlantis, and the arts, specifically, anything Medieval or Victorian Era related. I have a B.A. in Communication, speaking is my thing, and noozbuffet.com is my piece of the web. I write about things I like, things I dislike, and things I think people should know about. View all posts by Frank LaManna